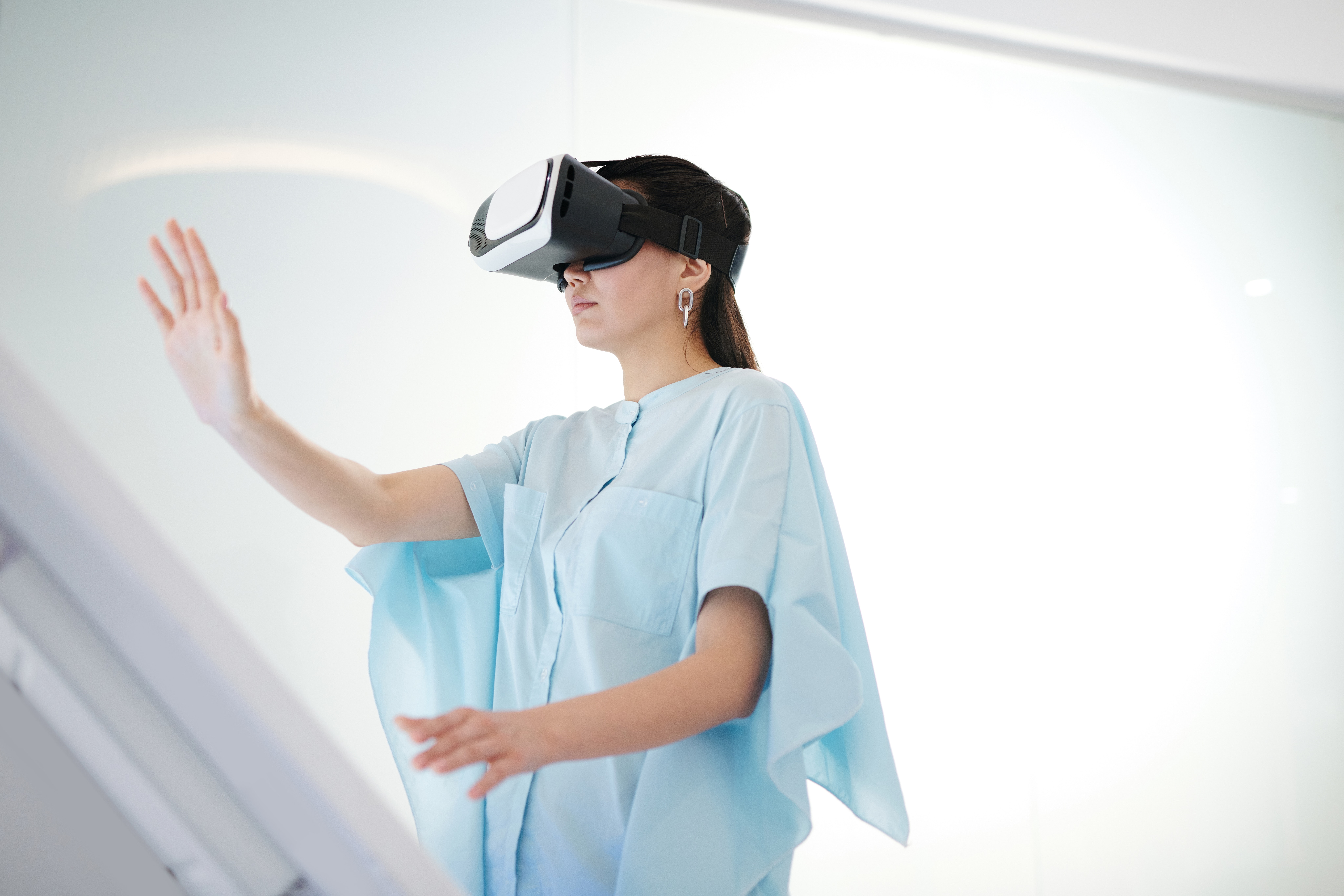 First of all, what is virtual reality?

Similar to augmented reality, which we’ve written about here, virtual reality is a computer generated simulation where people can interact with objects. Current technology uses headsets and hand controllers that give the illusion that you are in the real world. You can move around, look around and interact with things from the virtual reality in which you are playing.

Virtual reality can seriously make any situation that can be programmed feel real and accessible. It’s first breakthrough usage was back in 1966 with the first flight simulator. This technology was adapted for military pilots to practice flying planes before they even took to the skies. Soon after this, many companies began work on VR simulators of all sorts and the inclusion of virtual reality into games.
At the moment, virtual reality doesn’t seem like much more than an interactive game. Some would go so far to believe that it has no application outside of the gaming industry. That this technology only works in unrealistic realms and simply can’t be adapted for everyday functional use. But there have been instances where VR gaming has been used for soldiers suffering from PTSD, wherein the game allows them to deal with PTSD through exposure methods. There are also medical applications for this technology. We will go into more detail about how VR technology can help medical students train more efficiently below.
How does VR relate to training medical students?

Virtual reality has many uses from research to psychiatry. It has the potential to help medical residents actually learn the skills needed for many procedures that they will have to do when they graduate. At the moment, it is becoming increasingly harder for medical students to learn and carry out many of the surgeries or simple actions that they would need to do once they are fully qualified. Currently, medical students learn by watching their teachers and then performing the actions perhaps once or twice throughout their training. However oftentimes, they wouldn’t come across some procedures whilst they are in training. This means that they will have to learn on the fly when they come across unknown operations after they have graduated. This makes their lives much more difficult and adds extra stress that they simply don’t need.

Virtual reality would allow medical students to learn all the procedures they need to, numerous times, in a controlled and safe environment. It even has the potential for them to learn other soft skills including communication with their patients.
Children’s hospital los Angeles are using VR to train medical staff for paediatric care. They make the virtual reality high stress and allow the students to practice the procedures multiple times. This means that when the actual situation happens in real life, the students are able to deal with it faster and calmer. Virtual Reality can really help medical students who are anxious or nervous about certain procedures. The repetitiveness of the programs means that they can practice as much as is necessary until they can master the skills.

This is just one aspect of potential virtual reality training for medical students. As the technology develops and more hospitals and learning centres become aware and able to utilise the technology, the future of the medical industry will change drastically. No more will virtual reality be reserved for gamers, it can be adapted for real life applications that will not only revolutionised the medical industry but also save thousands of lives.