Contact us
/ BLOG -
Hardt Hyperloop – the future of travel?

Hardt Hyperloop – the future of travel? 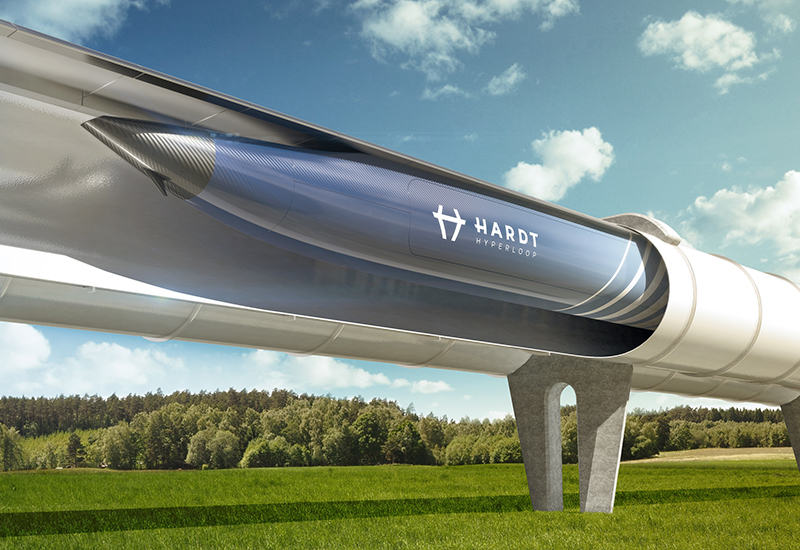 Public transport and travel as we know it, even in these uncertain times, has been the same for decades. Long distances are usually taken by airplane, shorter distances by train and inner city commutes by buses or trams. These methods have been innovated and changed, but still remain with the same core functionalities. The engines get people from A to B in speeds that we all understand. Travel takes time, time that we are all willing to sacrifice to get to our destinations. But there is a new method on the horizon that could really change the playing field. The Hyperloop is an innovation that goes above and beyond all we know about transport in the modern world. It has the capacity to cut travel times to a fraction and is set to completely reshape the way we see travel.

What is the Hyperloop?

The Hardt Hyperloop is something that you would expect from some kind of futuristic novel or a game set in the future. Wherein travel from point A to point B can be made in the blink of an eye. Fast travel in games that allows the player to move from one side of the map to another in seconds could in fact be closer to reality than we first thought.

The idea comes from the incredible mind of Elon Musk and has been in development for many years now. He first came up with the proposal back in 2012 where he published an open source proposal on the innovation, calling it the fifth mode of transport. Since then, many teams and companies the world over have been working to make this proposal a reality that is very likely to be something we see in our lifetimes.

The Hyperloop uses specially designed capsules which transport people through a steel tube which uses magnets to create a kind of vacuum which makes the capsules float and travel through propulsion. The idea is that the steel tube can mimic the air that planes fly through and can push the capsules through it at faster speeds than airplanes. Although this idea is not new – the first person to consider transporting people and things through air-tight tubes using propulsion comes from the engineer George Medhurst back in 1812 – the technology that will enable this to work is starting to catch up.

How this revolutionises travel

As time progresses more and more people are aware of the effect humans have had and continue to have on our planet. Every time we plan a short journey to somewhere new, whether by car, train or plane, the planet suffers. Even if we are not travelling as much these days, the travel that we do still does add up and has an effect. This is partly what makes the Hyperloop so extraordinary, it could very well be the mode of transport that helps save the planet. It is designed to have zero emissions and is completely powered by sustainable and renewable energy. This is the solution we have spent years trying to find as people aren’t and simply can’t stop travelling across the world, but the Hyperloop will give them a peace of mind while they travel now.

Imagine you live in Flanders and have a craving for some real French food for lunch. Just a quick journey on the Hyperloop and you’re there, in France for lunch and back again for your evening meal at home, or the afternoon at the office. The Hyperloop can open up the whole of Europe.